The Knebworth Classic Car show is an annual event held in a large grassy park, depending upon weather it can become very busy, today however wasn’t so busy due to recent poor weather and that forecast, but we made the effort and so did a large number of other classic car owners. 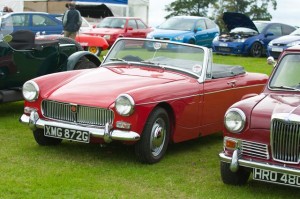 Initially the weather was very windy, a bit nippy but otherwise ok, not what you’d expect for an August bank holiday weekend … or is it?

There were quite a lot of Minis in attendance, we had a selection of Minis, an MG Midget and a post war (just) Bentley for our club stand.

There were loads of different classic cars on display, arena, traders and so on, plenty of food options to keep us going, a little pricey but there none the less.

The first of the showers hit about 1ish and with it came 45+mph gusts of wind which put the gazebo under considerable strain, however, this was nothing compared to the 3pm showers and even stronger gale force winds that quite literally blew out the window of one of the sides but even so it still held together and kept us dry. 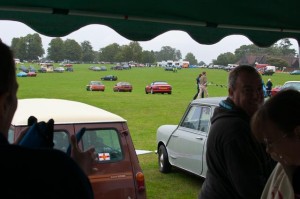 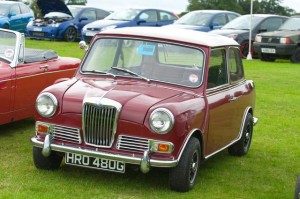 All in all a very good day out made more enjoyable by the company of our club members and not the weather lol. 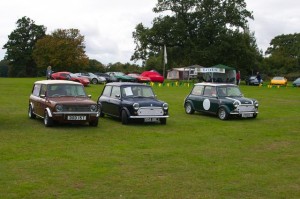 This entry was posted by Dave on August 29, 2010 at 10:00 pm, and is filed under Show Reports 2010. Follow any responses to this post through RSS 2.0. Both comments and pings are currently closed.